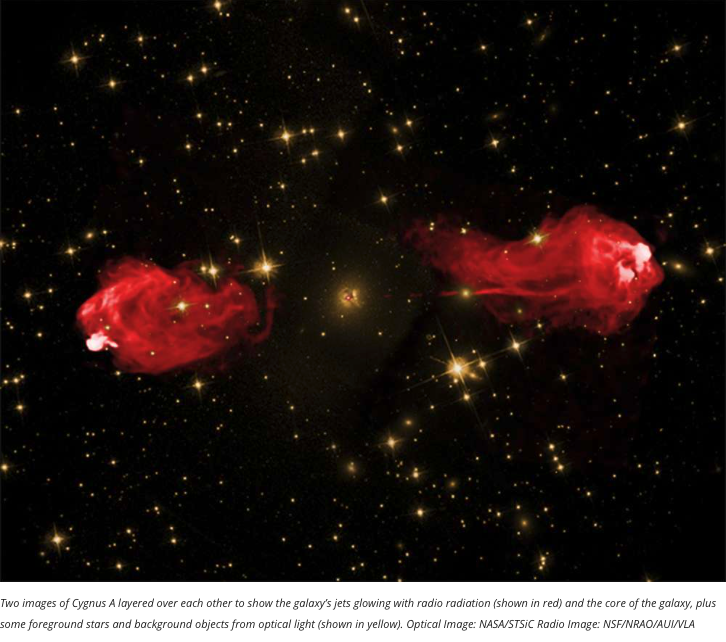 Most if not all galaxies host a supermassive black hole (SMBH) in their centre. In those cases that the SMBH generates powerful jets of material, the galaxy is called Active Galactic Nuclei (AGN).

Some times AGN appear absorbed due to the dust and gas that covers them. One model that has been proposed to explain why there are absorbed and unabsorbed AGN, states that obscuration is a geometrical effect. Specifically, the unification model, as it is called, claims that the central SMBH is covered by a dusty donut (torus) of material. When we observe the AGN through the donut we see it obscured, whereas when the observations are perpendicular to the torus,  the AGN is seen as unobscured.

On the other hand, some astronomers claim that obscuration is an evolutionary phase of the AGN. As galaxies interact or merge with other galaxies through their lifetimes, material is pushed towards their centre. This material feeds the SMBH and activates it. This is the obscured phase of AGN. When the SMBH becomes large and powerful enough it expels the surrounding material and an unobscured AGN is revealed.

Many studies try to shed light on which of these two scenarios describes best the origin of AGN obscuration. In a recent work, astronomers, used the Stratospheric Observatory for Infrared Astronomy (SOFIA ) to study Cygnus-A. Cygnus-A is a radio galaxy about 750 million light-years from us that hosts a SMBH which generates massive jets. These jets extent to about 150,000 light years. Using the High-resolution Airborne Wideband Camera-plus (HAWC+) onboard SOFIA, the researchers found that the material around the black hole is pointing in about the same direction. This is a an indication that a strong magnetic field is present. Based on their analysis, the magnetic filed regulates the feeding of the SMBH and as they claim, it provides support to the unification model.

However, the case of AGN obscuration is far from closed. Further observations are required. For that purpose, the team of the astrophysicists now plans to use SOFIA to study the strength of the magnetic field in both active (AGN) and quiet SMBHs. If the magnetic field is stronger in AGN, this would provide further support to the unification model.