In 1916, Albert Einstein suggested that gravitational waves could be a natural outcome of his general theory of relativity, which says that very massive objects distort the fabric of time and space—an effect we perceive as gravity. Accordingly, very massive objects spiraling toward each other should wrinkle space-time and send those distortions across the cosmos, like ripples spreading across a pond at the speed of light. Scientists call these ripples of space gravitational waves.

Though many other scientists accepted Einstein’s prediction, Einstein himself wasn’t totally convinced that he was right; over the next several decades, he continually waffled over the question of gravitational waves and occasionally published papers refuting his original idea. According to Newton’s theory of gravity, the gravitational interaction between two bodies is instantaneous. However, Einstein’s Special Relativity says nothing can travel faster than the speed of light. If an object changes shape as a result of a mass pulling on it, the resulting change in the force field would spread outwards at the speed of light.

In 2015, scientists detected gravitational waves for the very first time. They used a very sensitive instrument called LIGO (Laser Interferometer Gravitational-Wave Observatory). These first gravitational waves happened when two black holes crashed into one another. The collision happened 1.3 billion years ago. But, the ripples didn’t make it to Earth until 2015!

The LIGO is made up of two gravitational wave detectors in the USA designed and operated by Caltech and MIT. In addition the LIGO Scientific Collaboration with a 1000 scientists from around the world provides crucial support for the LIGO science from instrument development to data analysis and astronomy. One LIGO observatory is located in Livingston, Louisiana and the other in Hanford, Washington. Each observatory contains an enormous, extremely sensitive laser ruler. Astronomers bounce lasers along two 4-kilometre long paths, or “arms”, which are at right angles to each, and then compare the length of each path. A gravitational wave can change the length of the arms, but the effect is extremely small (one part in 1,000,000,000,000,000,000,000 for the strongest waves), so the instruments need to be extremely sensitive, which became possible using completely new technologies and a new interferometer concept.

The first detection of gravitational waves was a very important event in science. Before this, just about everything we knew about the universe came from studying waves of light. Now we have a new way to learn about the universe—by studying waves of gravity. Gravitational waves will help us learn many new things about our universe. We may also learn more about gravity itself!
Source: spaceplace.nasa.gov, ligo.caltech.edu, birmingham.ac.uk 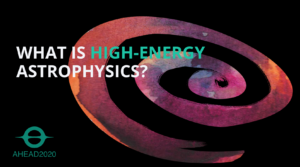