The Athena Science Study Team and the Athena Community Office are organizing the “Exploring the Hot and Energetic Universe: the third scientific conference dedicated to the Athena X-ray Observatory” to be held from 7-10 November 2022 at CosmoCaixa in Barcelona in hybrid format.

ESA has recently confirmed that the adoption of Athena is scheduled for February 2023, and the delivery date of the “Definition Study Report” (a.k.a. “The Red Book”) is set for December 2022. The conference will be the ideal environment to show that Athena will provide cutting-edge science in the 2030s, by itself and in synergy with the other facilities that will be available in that exciting period. 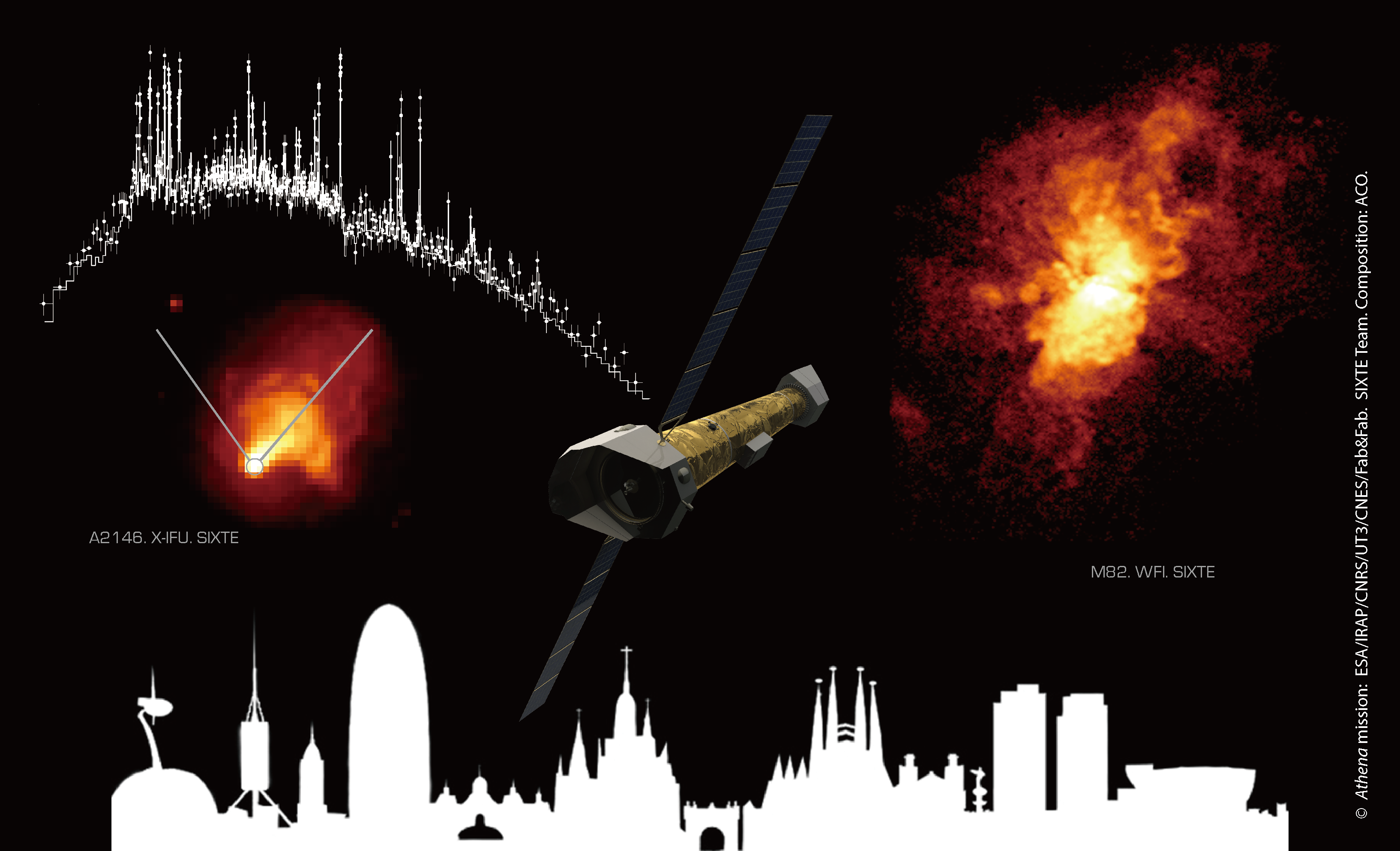 Athena Science: The Hot Universe: this session will review the Athena science impact on key astrophysical processes that account for the assembling of ordinary matter into the large-scale structures in the Universe we see today, through the study of cosmological filaments, clusters and groups of galaxies and their evolution, the missing baryons and the warm-hot intergalactic medium.

Athena Science: The Energetic Universe: the growth of supermassive black holes, the mechanisms at the core of the central engine, and their influence on the formation and evolution of galaxies will be discussed. Evidence for feedback and past phases of activity on the supermassive black hole in our Galaxy, and in the Local Group will also be a topic at this session. The session will highlight the capabilities of Athena in the study of the high-redshift universe with Active Galactic Nuclei and Gamma-Ray Bursts.

Athena Science: Observatory Science: the capability of the Athena X-ray observatory to address the issue of the origin, nature and effects of high energy emission on a wide range of astrophysical sources and phenomena will be reviewed: Solar Systems bodies, Exoplanets, star formation and evolution, Neutron Stars, Pulsar Wind Nebulae, Supernova Remnants and the Interstellar Medium, star formation history of the Universe, end-points of stellar evolution as well as the synergies between X-ray and γ-ray observations of Cosmic Particle Accelerators.

Athena Science: Synergies and Multi-messenger astronomy: this session will discuss the synergies between X-ray observations by Athena and ground/space-based future facilities such as ELT, ALMA, SKA, and other ground and space observatories, as LISA, likely to be in operation simultaneously with Athena. The capabilities of Athena in the rapidly growing subject of multi-messenger astronomy to find, characterize and study the physical processes at work in the electromagnetic counterparts of gravitational waves and neutrino sources will be reviewed.

Further details will be posted in early 2022.