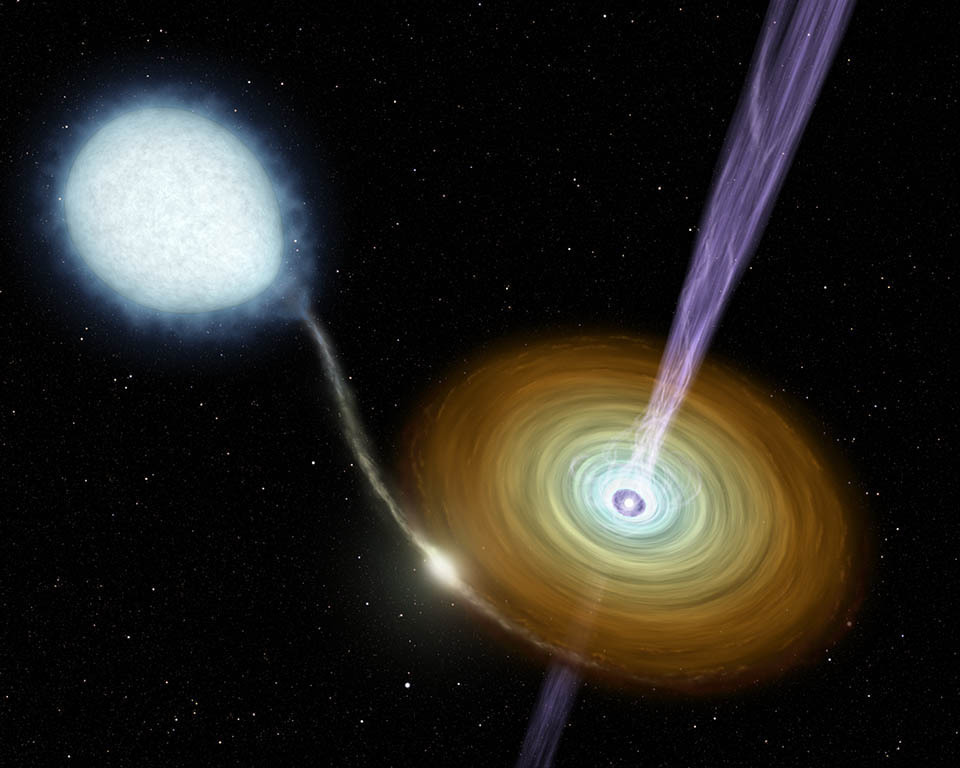 Astronomers have detected a double (or a binary as it is called) star system that it is flip-flopping between two alter egos using NASA’s Chandra X-ray Observatory and the National Science Foundation’s Karl F. Jansky Very Large Array (VLA). This “Jekyll and Hyde” system contains a neutron star in orbit with a star like the Sun but that contains less mass.

The neutron star is the remnant of a supernova explosion of a massive star which before collapse had a total mass of between 10 and 29 solar masses. Neutron stars are the smallest and densest stars, excluding black holes and they may have a radius on the order of 10 kilometres (6.2 mi) and masses of 1.4-3 solar masses. As the neutron star and its companion rotate around one another, the neutron star pulls material away from the lighter companion star and a disk of material that surrounds the neutron star forms. Astronomers refer to objects like these as “low-mass X-ray binaries” because the disk often glows brightly in X-ray light. Eventually, the material falls onto the neutron star’s surface, causing it to spin faster and faster until it becomes a so-called millisecond pulsar. Scientists think the transformation between a low-mass X-ray binary and millisecond pulsar can take several billion years, but there could be a period of rapid changes. Chandra and VLA data taken between 2003 and 2016 showed that Terzan 5 CX1 has gone back and forth between these two states — a rare example of such behavior.

The study of the “Jekyll and Hyde” binary was led by Arash Bahramian of the International Center for Radio Astronomy Research (ICRAR), Australia and was published in the September 1st, 2018 issue of The Astrophysical Journal. A preprint is available here.