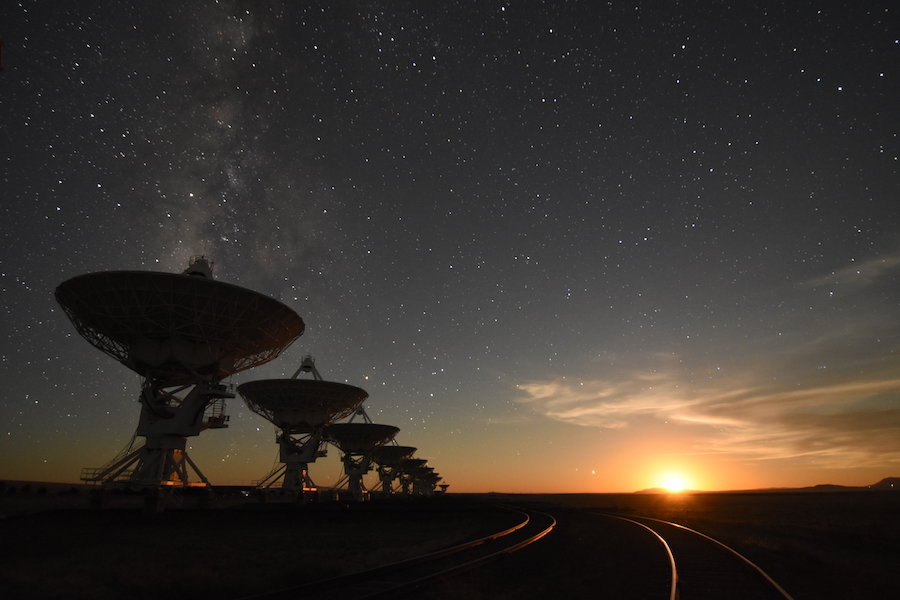 Astronomers detected a Gamma Ray Burst (GRB) candidate that its gamma rays were not observed by our telescopes!!

Scientists analysed data from the Very Large Array Sky Survey (VLASS), the largest observing project in the history of the VLA radio telescope. They found that an object that had been observed in previous surveys in 1994, did not appear in the VLASS database. To investigate this further they searched data from other radio telescopes. They discover that the source was invisible in observations made from 1975 until 1993. Then the object appeared in many images from 1993 through 2015. The source resides in a small galaxy with active star formation, that is located more than 280 million light-years from Earth.

The strength of the radio emission of the source indicates that what is detected in the images is the afterglow of a GRB. However, the narrowly focused gamma rays that GRBs emit, were never detected. One possible explanation could be that the gamma ray beams were pointed away from Earth and thus our gamma ray telescopes did not observed the event.

Apart from the fact that this is the first ‘orphan’ GRB discovered, it can also provide us with a wealth of information about how afterglows of GRBs behave at late times! Prof. Brian Metzger of Columbia University, co-author of the relevant study noted: “If a neutron star is responsible for powering the GRB and is still active, this might give us an unprecedented opportunity to view this activity as the expanding ejecta from the supernova explosion finally becomes transparent.”