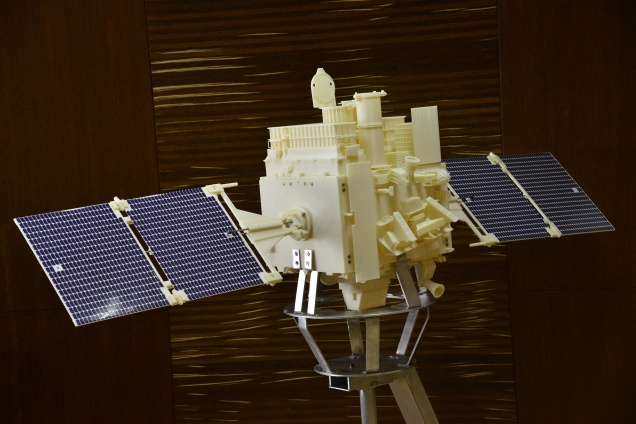 On 28th September, India launched their first satellite dedicated to astronomy, ASTROSAT. The satellite was launched from the spaceport of Sriharikota, an island in the Bay of Bengal, using the Polar Satellite Launch Vehicle (PSLV), the launch vehicle of the Indian Space Research Organisation (ISRO). ASTROSAT is equipped with five instruments to study astrophysical phenomena over a wide range of the Electromagnetic spectrum. From visible and ultraviolet (UV) to X-rays and Gamma-rays. The aim of the observatory is to study star-birth regions and high-energy processes, such as binary star systems of neutron stars and black holes, as well as γ-ray bursts. The space telescope is designed to function for five years from a 650-kilometre orbit.

The satellite is equipped with five instruments. The Large Area X-ray Proportional Counter (LAXPC) detectors became fully operational on October 19. Preliminary tests and calibrations showed that the detectors are functioning normally and some first high quality data were collected. The Soft X-ray Telescope (SXT), a second instrument of the satellite, has CCD camera provided by the University of Leicester. Although, most current X-ray space telescopes focus on studying individual objects in great detail, according to Randall Smith, an astronomer at the Harvard Smithsonian Center for Astrophysics, ASTROSAT will track simultaneously a large number of X-ray sources that change with time. ASTROSAT cannot match the excellent performance characteristics of the big X-ray observatories like NASA’s Chandra X-ray Observatory or ESA’s X-ray Multi-Mirror (XMM-Newton) in terms of angular and energy resolution, but ASTROSAT’s X-ray detectors can observe very bright sources without the saturation caused by the aforementioned space telescopes. This feature will allow the international astronomical community to detect and study short-lived bursts of X-rays.